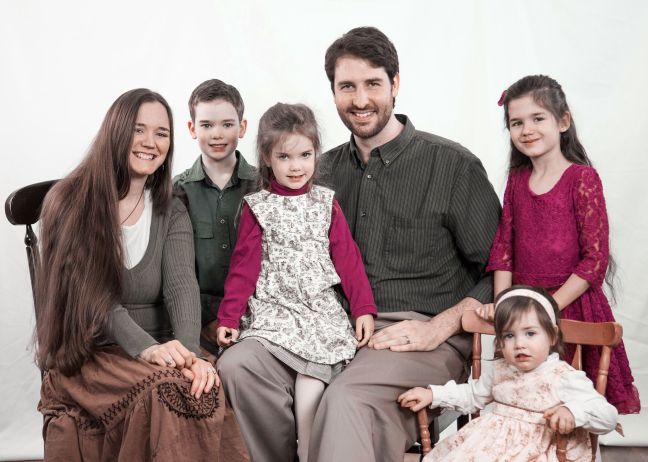 Have you seen the Disney feature The Emperor’s New Groove? It’s a favorite in our family – mostly for the humor, but there are often truths to be identified even in cartoons. The story is about a selfish Emperor who must learn the lesson of considering people other than himself. Early in the film he is accidentally turned into a llama by a careless villain, and most of the storyline involves him trying to find a way to become human again. Near the end of the movie he finds the potion for just that, but it’s unlabeled among other potions for becoming all sorts of animals. So, while running around and trying to escape the villain, he tries one potion after another. He becomes a turtle, a parrot, and a whale before turning back into a llama. Here he exclaims, “Yay! I’m a llama again! …wait….”

What does that have to do with life? Missions? Togo? Well, most of you know that we spent a year at a language school in France before moving to Togo. It was the opportunity of a lifetime, but it was also very difficult. Europe was far more foreign to us than we anticipated and everything that had never seemed like a big deal was suddenly trying (like buying food). Now we’ve been in Togo for half a year and have encountered similar challenges in a whole new context. God has certainly given us grace throughout all of this and continues to remake us in His image. Yet, the strangest thing has been occurring. We recently were in the country’s capital city for groceries when we drove past a store that we recognized. Amid a foreign people who speak foreign tongues in a foreign culture in a foreign country on a foreign continent, we saw a store – a brand – that we knew. We were suddenly overcome with the warmth of home. For a moment, we felt the comfort and safety of familiarity. It was then that we realized that the store was not an American brand; it was French. It was a grocery store that does not exist in the USA. How strange a realization that was! My wife simply said, “Yay! I’m a llama again.” We could only laugh at how appropriate the reference was.

We’ve had several more instances of the same phenomenon and will now grin and repeat the quote. It has, however, made me question my concept of home. We are, like many others, a family displaced in the world, and we continue to think of a small portion of this earth as our home. Specifically, we think of home as where our families remain, though even much of our family is displaced. I realize anew that this world is not our home. We do not yet live in perfect unity with God. His plan has not yet completely come to full fruition. We have work to do. In Matthew 8 a scribe expresses interest in following Jesus, and Jesus responds, “Foxes have holes, and birds of the air have nests, but the Son of Man has nowhere to lay his head.” Do I let myself get too settled? Too comfortable? Again, in the same passage, a man says that he will follow Jesus after burying his father – at some non-descript time in the future after settling his affairs. Jesus replies, “Follow me, and leave the dead to bury their own dead.” Do I have to have everything in order before I respond in obedience to His call on my life? Does my home and family come first? Later in chapter 10 Jesus says that “Whoever loves father or mother more than me is not worthy of me, and whoever loves son or daughter more than me is not worthy of me. And whoever does not take his cross and follow me is not worthy of me. Whoever finds his life will lose it, and whoever loses his life for my sake will find it.”

These words are convicting. I’m not supporting neglect of family or becoming a workaholic, yet I recognize that I cannot use the comfort of home or my love for my family as a reason not to obey in every area of my life. I hope that resonates with you too. Perhaps you are exactly where God wants you in life or geographically, but we must consider again and again whether there are things or people holding us back from obedience. At the end of Matthew 9 Jesus said to the disciples, “The harvest is plentiful, but the laborers are few; therefore pray earnestly to the Lord of the harvest to send out laborers into his harvest.” Are you a laborer? Am I a laborer? I recently told my wife that my whole life dedicated to missions would be worth it if only one soul were saved, even if that soul was my own. I truly wish to gain my life, my home – so I think I must first give it up for the sake of Christ Jesus. Continue to pray for us as we persist in looking for the good works “which God prepared beforehand, that we should walk in them” and that people “may see [those] good works and give glory to [our] Father in heaven.” Here are some specific ways you can be in prayer for us:

Life in Togo has been somewhat hectic. The hospital is undergoing a lot of change – several long-term doctors are in the process of leaving this month and next as they continue to seek God’s will for them. Inherent in that is having to say goodbye to friends and support that we’ve come to rely on personally. We also lost all three of our nurse anesthetists and so for our surgeons to do surgery, I and another family doctor have been doing basic anesthesia. I’ll soon be taking on call for the maternity ward as well as medical call. I’ve also been learning basic ultrasound skills as one of the two physicians taking care of that will be leaving. For a time, it appears that the hospital will be covered by one surgeon, one pediatrician, and myself.
Rebecca is 35 weeks pregnant and feeling ready to have a baby rather than a belly. We are blessed to have her mother coming out to help and encourage us around the time the baby is due. We are planning on hosting a couple of cousins from Rebecca’s side of the family over the next few weeks and are looking forward to fellowship with them. Several medical and PA students are scheduled to be at the hospital over the next few months and will need direction and teaching.
Our children have been battling simple illnesses on and off for a few weeks and homeschooling has slowed down for them as that is partly dependent on undependable internet. We have used some of your funding for us to purchase the roof of a small church plant several hours drive from us and are praying for that church to be fruitful (this is the same church Rebecca mentioned in our previous blog post). The Ghanaian Muslim boy who we hosted several weeks ago has kept in contact with us and professes acceptance of Christ and is sharing the gospel with his family and friends.

We are always encouraged by your notes and letters. Thank you for praying.

The Togo South Team is an extension of